Tanzania’s Health IT Community Is Growing—and Getting Stronger 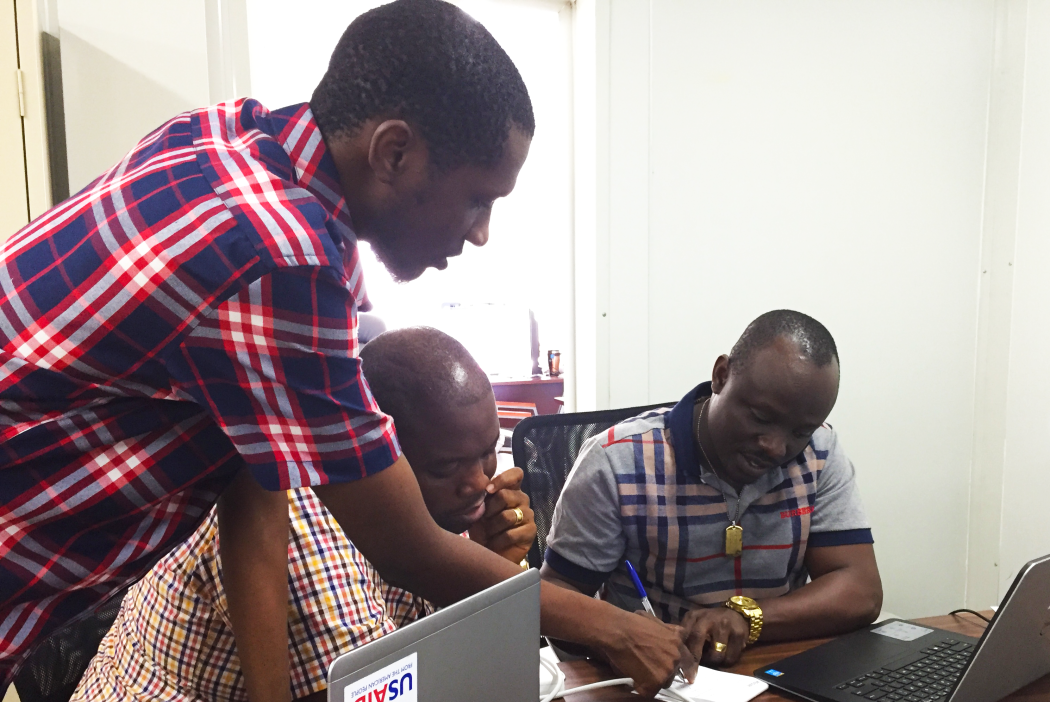 Ally Shaban doesn’t remember the exact moment he became extremely proud of his work. He just knows that his job developing applications is slowly building new opportunities for his country, Tanzania.

“I help implement new technologies in Africa so one day I can proudly say to my children, ‘We are the ones who built these tools that made things run smoothly’,” he says. “I can be very proud of that.”

The UN would argue Ally deserves to be proud. Technology transfer—the transferring of skills and technologies from rich countries to low- and middle-income countries—is an important aspect of how countries such as Tanzania have grown their economies. Ally, and other developers, are playing an increasingly important role in it.

We are trying to build technology in Africa, but we have challenges.

Investing in home-grown technologies and the technological know-how to build applications is one reason so many low- and middle-income countries have expanded their economies during the last decade, says a report from UNCTAD, the United Nations Conference on Trade and Development.

Ally studied computer science at the University of Dar es Salaam, where all the department’s students began with a course on writing applications in the Pascal language.

“When the lecturer said ‘Build this program,’ I found myself working on much more than I was supposed to,” he says. “These first classes made me very interested in becoming a coder and I found myself learning other programming languages that are not even taught in the program calendar year.”

Ally worked for a stint after graduation at a local technology firm, where he learned about network infrastructure and system administration, and did almost everything but write programs. In 2011, he found himself working at IntraHealth International’s Tanzania office, assisting in the roll-out of iHRIS Manage, IntraHealth’s open source database system that allows administrators to track health worker data on employment, salary history, and qualifications. Ally worked as part of team implementing iHRIS in more than 100 locations throughout the country, from the Prime Minister’s office to regional administration offices to local government authorities. Ally then trained information and communications technology staff and local health workers on how to use iHRIS Manage.

“We are trying to build technology in Africa, but we have challenges with the infrastructure,” he says. “For me, it’s good to be working on these technologies and be someone who can work on making these developments happen.”

Open source technologies started making gains in sub-Saharan Africa during the last decade. One reason is that a common form of open source software provides users with a license that allows anyone to download a software’s source code and modify, change, and distribute the software—provided their changes are also free for others to use. Open source technologies have turned traditional technology transfer on its head. Three business professors argue that traditional technology transfers—where low- and middle-income countries purchase software and hardware from richer nations—turn customers into “passive recipients.” Open source, with its focus on building software to a user’s specifications, forces people to become “active innovators.”      As Ally puts it, open source technology is essential for providing African governments—and African innovators—the keys to ownership.

“At the end of project, governments get full ownership of the technology,” he says. “They don’t need to think about licenses. You can also train government employees so they can handle the technology by themselves, and at the same time they can ask the respective community in case they get any issues. If there is any changes they need to make to the technology, they can do it on their own too. “South-to-South Technology ExchangeAlly spends time helping governments throughout Africa install and modify iHRIS. He provides training on how to create data-management streams so iHRIS can track the information a ministry of health is looking for. He also spends time in the community of iHRIS developers, where he answers questions from people who are implementing iHRIS projects from Congo Brazzaville to Cameroon and India. This is just one example of open source communities working together, providing help and support to other members of the community.

Ally does it because it’s his job. But he also helps on the iHRIS open source community because he’s used to turning to other communities when he has questions working on programs he doesn’t know well.

I can get any support I need from the open source community.

Take for example mHero, the two-way communication system that allows ministries of health to speak directly through SMS messages with health workers in the field. mHero is not so much a piece of software, but the amalgamation of several existing technologies: UNICEF’s RapidPro, which allows users to send and receive data using SMS messages; DHIS 2, a health management system; OpenHIE, which provides information on health treatments and health facilities; and iHRIS, which provides the phone numbers that allow health officials to reach out to many health workers at once.“Working on mHero is really working with a variety of technologies,” Ally says. “All of them are open source and I don’t need to know anyone who works on these technologies. I can get any support I need from the open source community.”